The sum of the available ocean bathymetry data reveals an embarrassing truth. So far, only 20% of the ocean floor area has been cataloged in a coherent system. In 2017, it was only 7%. This significant progress was made thanks to The Nippon Foundation - GEBCO, which launched the Seabed 2030 project in 2017. The essence of the project comes down to collecting data from numerous institutions and research projects, and the goal is to map the entire global ocean floor by 2030. We cheer them.

The lead image is taken from Sherard Osborn's Greenland Fjord Batimentia article. The results of the research contributed to the understanding of the melting dynamics of Greenland's glaciers. 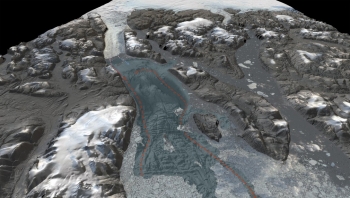